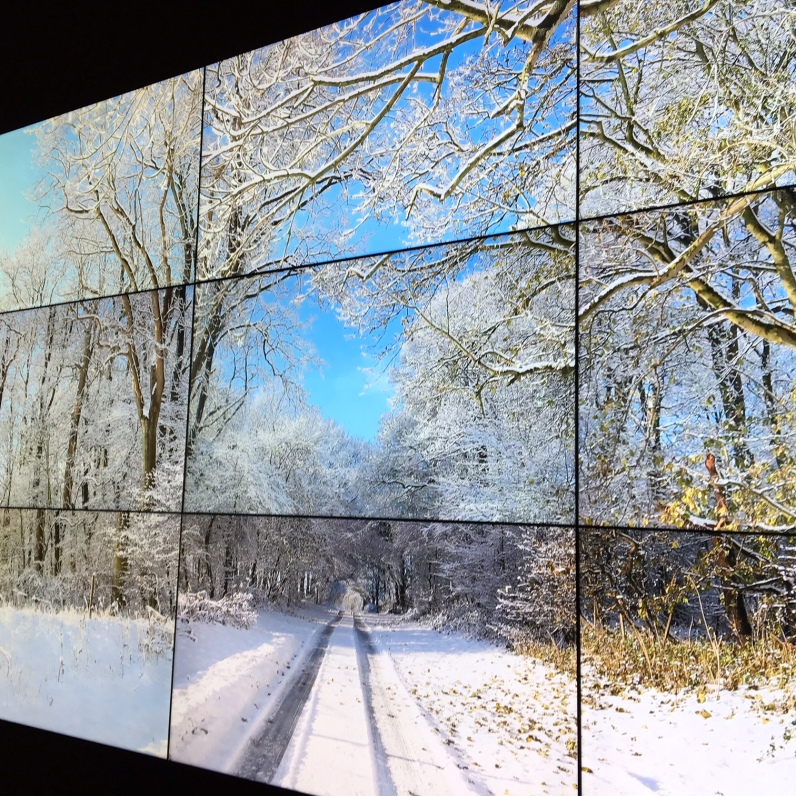 Whether you’re running out of ideas at the end of week one, or you’ve just broken up with the holidays ahead of you, the arts have excelled this Easter with a whole host of treats from across the spectrum. Here’s my top picks for families.

David Hockney at Tate Britain
Until 29th May, 10am to 6pm, Adults £19.50, Children £17.50, Under 12s free (up to four per family), All ages
If you weren’t aware that one of the greatest British artists of our time is currently exhibiting his biggest every collection of work at Tate Britain, where have you been? Alongside a host of famous works, his spectacular double portraits and mind-blowing digital work makes this unmissable for kids.

Vuelos by Aracaladanza at Sadlers Wells
14th April 3pm, 15th April 11am and 3.30pm, Adults £18, Children £12, Recommended age 5+
Inspired by Leonardo da Vinci’s quest to make man fly, this playful production will leave young viewers wanting to take flight! Forming the centrepiece of Sadler’s Wells annual Family Weekend, the performance dates are accompanied by a mini festival, as the doors of this seemingly intimidating venue are being thrown open for families, inviting them to take part in storytelling, workshops, games and craft activities. If this isn’t enough, Sadler’s Wells still have a few tickets left for their infamous My First Ballet, off-site at the Peacock Theatre.

Wicked Wednesdays workshops at Wilton’s Music Hall
12th April, 11am to 3pm, Free, Recommended age 6+
Any opportunity to introduce the children to this London treasure housed in a fascinating part of the East End, is not to be missed. Using the original Victorian wallpaper in the Mahogany bar as inspiration, families are invited to design and make their own, in this free to drop-in creative workshop.

We’re Stuck! at Shoreditch Town Hall
12th to 15th April, various show times, Adults £12, Children £10, Recommended age 7-12
Whilst we are on the subject of magnificent historical buildings, not a million miles down the road, this Grade II listed wonder is debuting a brand new interactive show for children, inspired by the latest educational neuroscience around our relationship with maths. Using comedy, clowning and general silliness, the show promises a voyage of discovery exploring how amazing and utterly rubbish our brains can be at maths – and how we can best grow our grey matter.

Tudor Tales and Treats at The Charterhouse
14th April 2017, 11am to 3pm, Drop in suggested donation £3, All ages
As part of a pan-London celebration of literature, Cityread has teamed up with the unique Charterhouse to transport visitors back to the 16th century, in a family day packed with storytelling, sweet-making and traditional Tudor dance. Once a monastery, a boys school, a private mansion and now an almshouse, you couldn’t pick a more atmospheric location to explore SJ Parris’ Tudor thriller Prophecy, the focus of a number of more grown-up events as part of this year’s collective read.

Urban Festival at Southbank Centre
Until 17th April, See website for full programme and admission charges, all ages.
No half term would be complete without a trip to the Southbank Centre, and for those who have chosen to stay in London over half term and celebrate the art and artists of our city, Urban Festival is most definitely for you. Quite a bit of the pre bookable programme is now sold out, but if you miss the free Fun DMC hip-hop disco in the Clore Ballroom this weekend, then definitely drop in to Craft the City on 15th and 16th April and create your own city of the future entirely out of cardboard.

The Museum of Swimming

An imaginary immersive and submersive experience

the Pigeon Pair & Me
My blog
Museum Mum

Inspiring families to enjoy culture more, at home and away